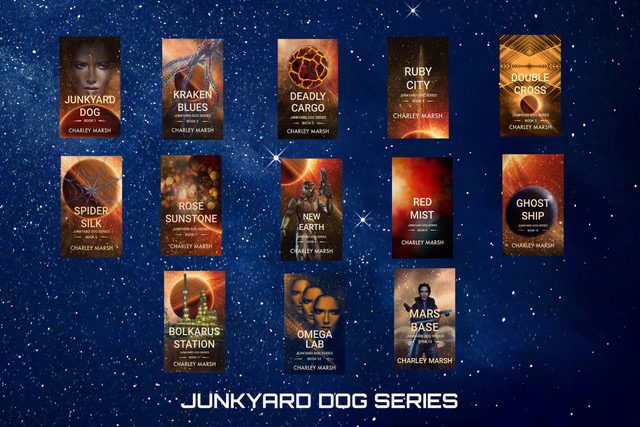 The Junkyard Dog series is a science fiction action/adventure series with a touch of fantasy here and there. Each story stands alone but is part of a larger story and they are best read in order.

THE BACKGROUND: The Office of Galactic Safety and Police (OGSP) controls arms sales, enforces the Clone Laws, and provides general law enforcement in the Milky Way Galaxy. In every civilization there are those who crave power and riches no matter the cost. The far future is no different.

OUR HEROINE: Elite space pilot Major Margarita King has worked her way up through the ranks of the Red Barons, a segment of the OGSP based on Mars. At 31 she is the oldest active pilot in an extremely competitive and cutthroat force. Athletic, smart, tough, and honest, she works hard to stay on top of her game.

THE BETRAYAL: When Rita is sent to investigate a distress signal in the Arcturus system her ship wakes her up before she reaches her destination. It doesn’t take long for Rita to discover that the ship has been tampered with and she is not meant to survive the mission.

The Junkyard Dog series is a science fiction adventure fantasy of interconnected stories that follow Rita King as she gathers an unusual crew and searches for the answer to who betrayed her and why.

Buy direct from Charley Marsh, receive 25% off the list price: touch the "Buy Ebook Direct" button for the discount. 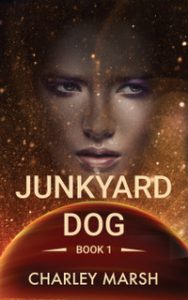 Bounced through an asteroid field like a pinball, Major Rita King crashes her damaged star cruiser on a lifeless planet. Her troubles are just beginning…………. 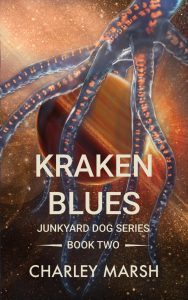 Rita King heads to the planet Harmos–her favorite destination for R & R– to recover from her recent ordeal. Harmos is all about Old Earth blues and jazz clubs, fresh seafood, and best of all, her friend Rose’s bath house…………. 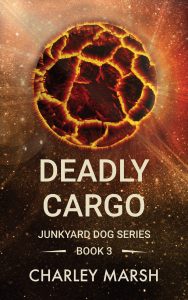 Forced to hide from the law agency she dedicated her life to, she heads to the colorful planet Weegan for ship repairs……………. 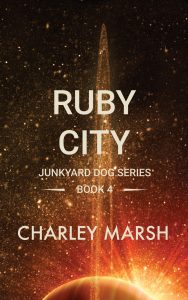 Ruby City hides secrets thousands of years old. None worth dying for. One worth killing for.                             Major Rita King takes her newest crew member to visit the famed Ruby City, a city constructed entirely of red crystal ruled by a Snakeman………………. 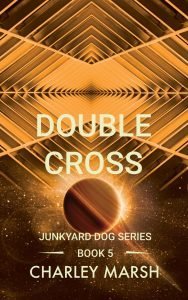 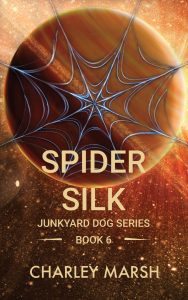 Lighter than air. Indestructible. No wonder Rita King wears spider silk skinsuits and wants them for her crew. To get them Rita must give in to the Spider Woman’s unusual demand…………………… 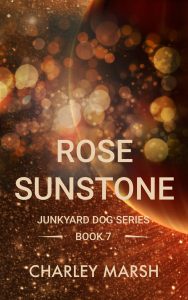 Once a galaxy cop who believed in the black and white of the law, Margarita King finds herself on a mission that straddles the line. As the Junkyard Dog carries Rita and her crew to the only known source for a powerful crystal………….. 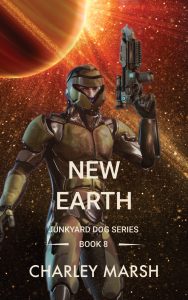 Margarita King, owner and commander of the Junkyard Dog, decides to visit New Earth to give her friends some much needed rest and relaxation. Fashioned after the great amusement parks on Old Earth……………….. 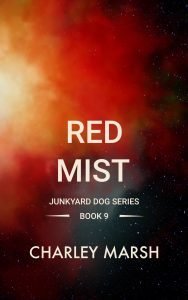 Alone at the helm of the Junkyard Dog, pilot Margarita King notices a dense cloud of red dust approaching her ship. A strange anomaly of space never before recorded……………….. 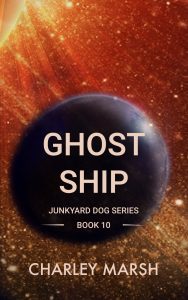 Bending time and space makes galaxy-wide travel possible.The one rule? Make sure no solid objects occupy the other end of your warp jump………………… 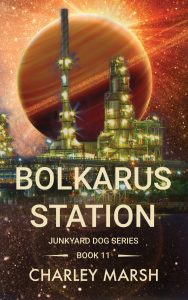 Bolkarus Station: the Junkyard Dog’s last chance to make the dangerous rendezvous with Slade and hand over the precious and highly illegal Rose Sunstones……………………. 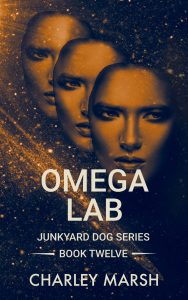 Need a replacement body part?No problem with all the specialized cloning labs in the Milky Way galaxy. Margarita King, commander of the Junkyard Dog, believes in the practice…………………….. 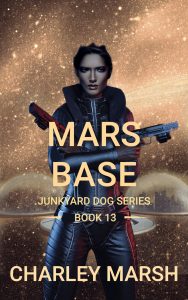 Major Margarita King needs answers. Why had her ship been sabotaged? Who wanted her dead and who could she trust for the truth? The only place to find those answers…………………..