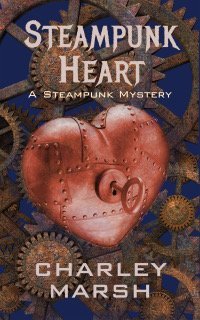 In 1866, Zula Smith begins life on a lab table hidden deep in a limestone cave. Not quite human. Not quite Other. A mixture of both.

When her father is arrested for the murder of a young woman, Zula must find the true killer before her father is hung for a crime he didn’t commit. But her investigation turns up far more than she expects. Secrets that will change her life forever.

Set in one of the first gateways to the American west, Steampunk Heart will keep the reader turning the pages with its clever mystery and vibrant portrayal of alternate history in the Victorian era.